Bell Park Sports Club was founded in 1959 by Frank Vanjek and Gino Tromba, with Michael Parks also involved. The participants felt a need for a football club in Geelong which would accept players ‘regardless of race, creed or political persuasion.’

So the official history has it, but Michael Parks recollects that it was a group of eighteen year-olds who broke away from the Geelong Soccer Club, still an Italian club at that stage. The boys felt that the club was playing older and inferior players and the youngsters just wanted a game. They saved money – about two shillings a week – to buy a strip and they approached Sergio Bassi to coach them. Though he was still playing, he agreed to do so. Bassi and his players have been inducted into the soccer club’s hall of fame.

The first soccer club President was the Parish priest, Father Patrick O’Gorman, an Australian Rules devotee. He was succeeded in 1962-3 by Guido Para. Next in line was Bill Stozel, a German American who flew U2 and B52 aircraft. Stan Yates followed, a trustee of Norlane Church of England. 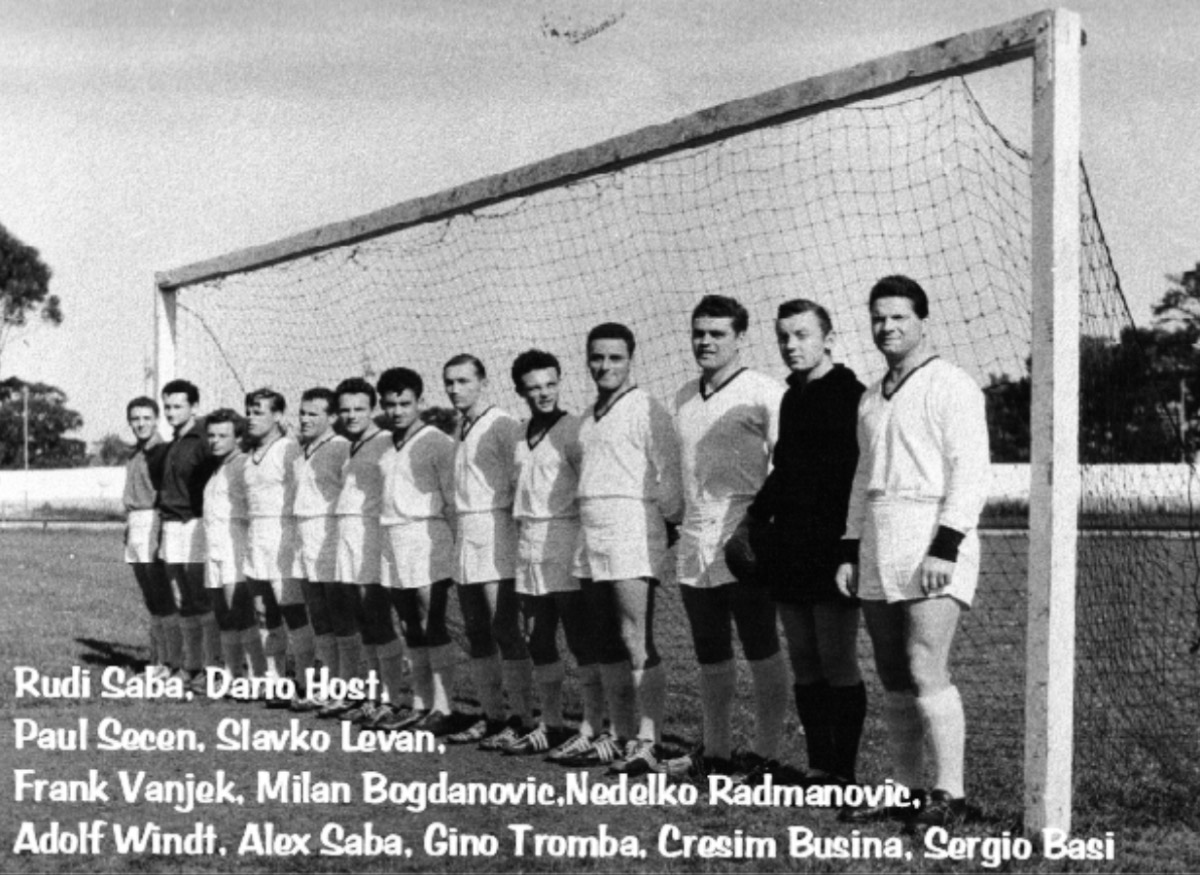 By 1975, the football club had 140 members drawn from 20 nationalities and more than 100 players, spread out over two senior teams and four junior football teams. Attendances at Division Two matches of up to 500 were claimed.

After playing friendly matches in 1960, the club joined the Metropolitan Division Four in 1961, finishing as runner-up. They were also runner-up in Division Three in 1962 and in Division Two in 1963. Like all the other Geelong soccer clubs, Bell Park was forced into the Ballarat and Geelong District League for 1964, where it was undefeated champion in 1964 and 1965, runner-up in 1966, 1967 and 1968, and champion again in 1969.

Bell Park dropped to third in 1970, but won again in 1971 and rejoined the Melbourne leagues, finishing as runner-up in the Provisional League in 1972. After a fifth-place finish in Division Four in 1973, the club came runner up in 1974. It also won the Ted Jones trophy and the Sitar Cup three years running.

The move from Bell Park to Batesford took place following the purchase of ten acres of land in 1970. At that time, the football club became an incorporated company, the only one in the Metropolitan League at that date.

Among the stars of Bell Park were:

Joe Parks, David Huddart, Cecil Earley, Sandy Milne, J Achelmyr, R Gonzalez and D Berry applied for the coaching position in November 1975. Virtually all the applicants stressed the need for long-term planning. R Gonzales was elected on a ballot of members, but by mid-May there were problems between coach and players. The Soccer Committee unanimously decided to sack the coach, with Frank Vanjek to be caretaker manager.

There does not seem to be any formal record that Dusan Saba was appointed as coach after the sacking of Gonzales, but the team went on to win Metropolitan Division Three by a point from Eltham. One straw in the wind was Tim Cuell’s return to the club on a professional contract in 1976.

From 1977 to 1980, Bell Park remained in Division Two. The club was relegated that year, only to bounce back by winning the Division Three championship in 1981. League reorganisation saw Bell Park promoted two divisions for 1982, when it came third-from-bottom in a 14-team league.

Bell Park finished in last place in Division One Metropolitan in 1983 under Dave O’Connor, but was saved from relegation by the withdrawal of four teams from the State League. Green Gully, Melbourne Croatia, Brunswick United Juventus and Sunshine George Cross joined the expanded National Soccer League. Four teams rather than two were promoted from Division One and Bell Park held its position for another season. Relegation was only postponed however and the club went down to Division Two at the end of the 1984 season under George Train, who came from North Geelong in the course of the season. Bell Park only won four games in 1984.

George Train also presided over relegation from Division Two to Division Three the next season, but in 1986 he took the team to fourth place in Division Three. He was replaced by Harry Mills in 1987, then George Watters was coach in 1988, when the club won the Geelong Advertiser Cup for the second time at Batesford.

David Huddart took over after the Geelong Advertiser Cup in 1989 and won the Division Three championship. The team stuttered just before clinching the title and David asked for a commitment by the soccer club to the next season. When this was not forthcoming, he did not apply for the post in 1990.

George Train was appointed for 1990 and took the team to the Division Two title in exciting and controversial circumstances. The penultimate home game against Geelong was won by a single goal, but the result was overshadowed by allegations of bribery in which the soccer club had no part.

Coming into the final home match against Waverley City, the club had to gain at least one point on either Keilor or Brighton to be promoted and in an incredible set of circumstances Bell Park won and the other two drew, so Bell Park finished as champion.

In 1991 the club started very well in Division One, but suffered a form slump and was in danger of slipping into the bottom four by mid-season, which would have resulted in relegation. Then a recovery took place and Bell Park finished in fourth place.

The seniors once again finished third in the Geelong Advertiser Cup and began the league well, with a team largely consisting of Geelong-based players. The same starting eleven was fielded in the first seven matches. Youngsters from the Geelong City side, including Michael Spasevski, Cedo Rakic, Grant Carr and Lou Stefanovski, who had come via Sunshine George Cross were introduced. Again, there was a form slump in mid-season but by the end of the year the team was capable of finishing fourth, dependent on the result in the last game. The average age of the team for the penultimate game was 23, with four teenagers in the starting eleven and the sole Melbourne-based player was on the bench. Five junior teams took part in the Melbourne competition.

In September 1992, the football club applied for the third place available in the Premier League for the 1993 season. The arrangement with Geelong Rangers was jeopardised when Bell Park decided to apply on its own behalf for a place in the Victorian Youth League for the summer season 1992-93. In 1993, Bell Park finished in seventh place but the following year saw the beginning of a slide down the leagues, taking the club from Division One in 1994 to the Division Three of the Provisional League in 2005. Since then there has been a mini-recovery with the club gaining a place in Division Two North-West in 2005 and finishing in fourth place in that league in 2009. 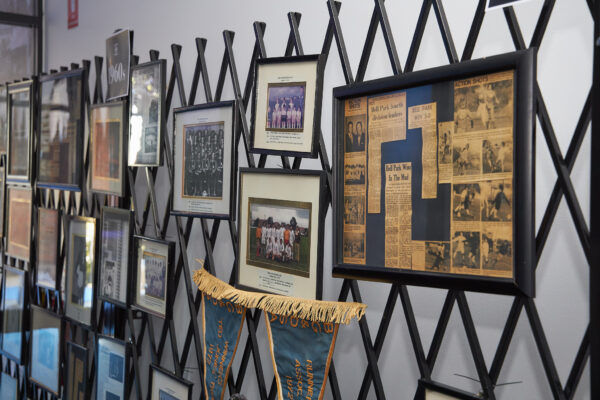 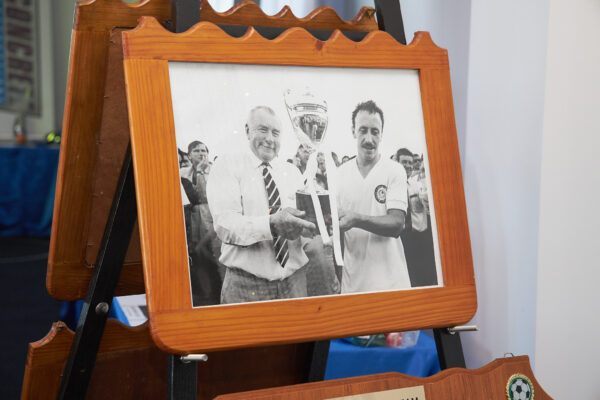 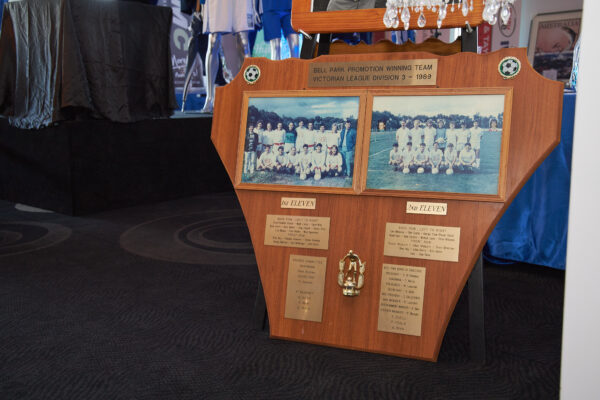 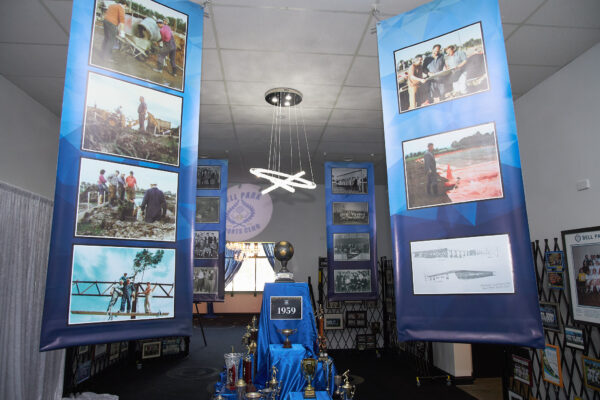 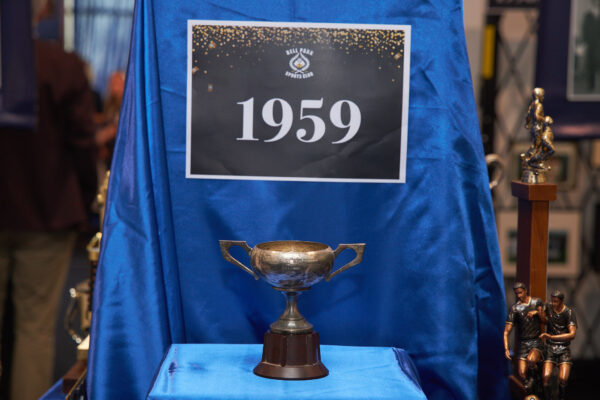 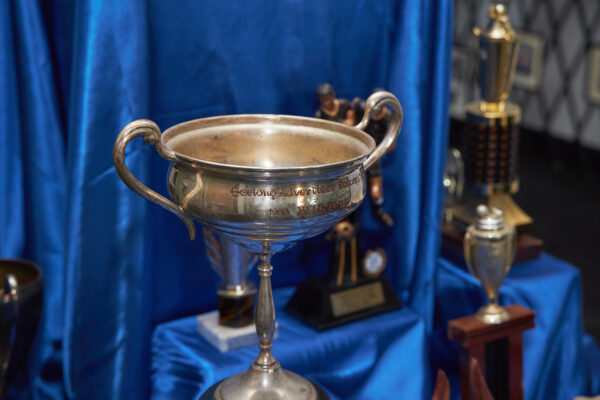 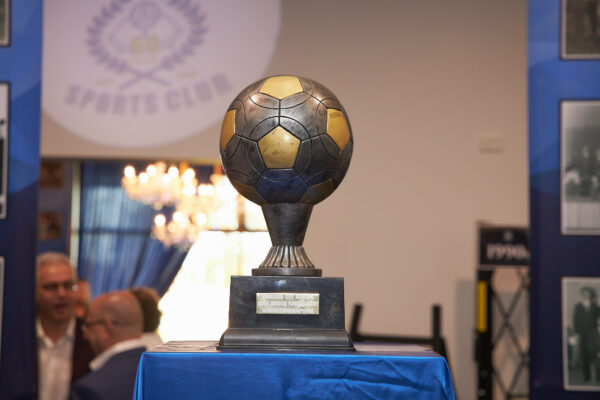